Pudsey: The Movie - Now With Added Simon Cowell, As Producer 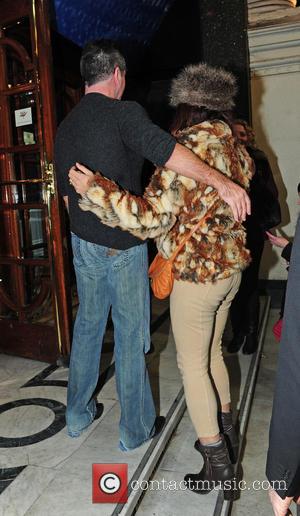 It looks as though Simon Cowell is pursuing a new career as a movie producer. The talent show creator has reportedly signed on to co-produce a movie about the dog that won Britain’s Got Talent. Pudsey: The Movie looks set to make Pudsey super-famous (as if performing a version of Psy’s ‘Gangnam Style’ at tonight’s National Television Awards wasn’t enough for the charismatic pooch).

A report from The Metro suggests that Simon Cowell’s company Syco Entertainment is teaming up with Vertigo Films on the production. If all goes to plan, Pudsey could soon be as famous as Uggie, the cute canine from the Oscar-winning movie The Artist. Pudsey’s such a star already, of course, that he has his own manager, Jonathan Shalit, or Roar Global, who said “The British people love Pudsey. He has met the Queen and was invited to 10 Downing Street by the Prime Minister. This represents a hugely exciting next step.” It’s not clear what the plot of the movie is going to entail but it sounds as though everyone is keen to get the ball rolling and shooting is due to start in Spring.

Pudsey, along with the help of his trainer Ashleigh Butler, won Britain’s Got Talent last year and they went on to appear on Jay Leno’s chat show and on America’s Got Talent. This isn’t Cowell’s only foray into production; he’s also got his hand in Morgan Spurlock’s One Direction documentary and David Frankel’s Paul Potts biopic, One Chance.