Olly Murs Has The Full Backing Of Simon Cowell

The presenter's blunder has been overlooked by his boss

Olly Murs’ massive X Factor mistake has led to all sorts of speculation about the singer’s future as a presenter on one of the biggest shows on Saturday TV. However, big boss Simon Cowell has come out in defence of the star and may have gone someway to easing Olly’s worries. 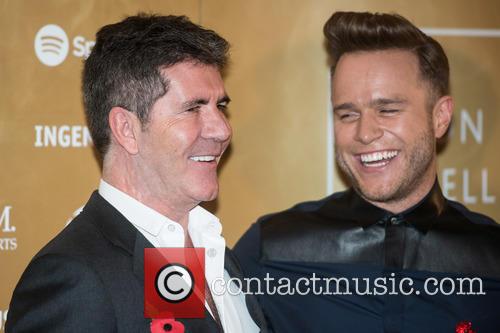 The pair still appear to be the best of friends

Murs, 31, presents the show with Caroline Flack and prematurely announced the elimination of Monica Michael before he had been handed the "deadlock" envelope containing the results.

However, Cowell has described the way Olly handled the mistake as "great".

MORE: X Factor Reject Says He Wasn't In The Show To Win

The Evening Standard has reported that Simon laughed off the idea that Olly could be sacked.

Simon said: "There were a lot of people screaming in his ears, they were trying to get him to clarify something.

"Anyone in that situation is going to screw up. I think the way he handled it was great, it’s part of his charm."

MORE: Olly Murs Says His X Factor Mistake Has Been Blown Out Of Proportion

Simon - who has no acts left in the competition - added: "I think every week he gets better and better.

"People have got to get used to it but he’s got a massive future ahead of him, 100 per cent he’s still got my support."

Not everyone is impressed by Olly; however, and Louis Walsh has hit out at the new frontman.

The former judge told OK!: "Dermot O’Leary would never have made a mistake like that.

"But then Olly’s a pop star pretending to be a presenter."