Louisa Johnson has been named the winner of this year's ‘X-Factor’ after beating duo Reggie N Bollie in the 2015 finals at Wembley Arena on Sunday evening. The 17-year-old from Essex is the competition’s youngest ever winner and will now release a cover of Bob Dylan’s ‘Forever Young’ in the hope of taking the Christmas number one spot. 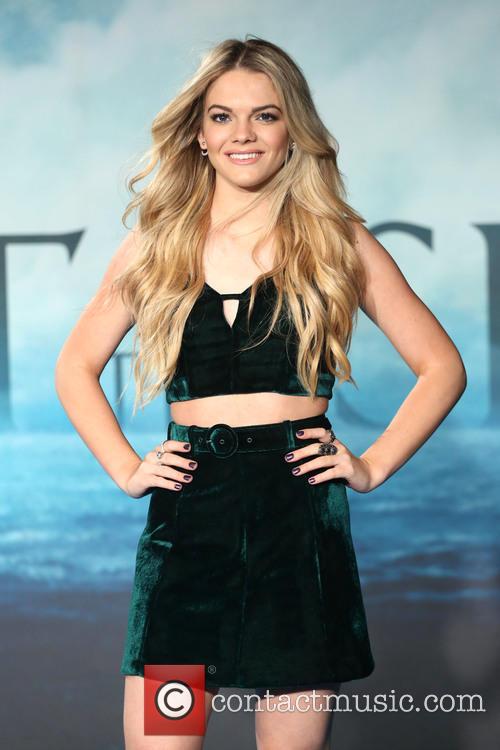 During the live show Johnson performed two songs, a cover of James Brown's ‘It's a Man's Man's Man's World’ and winner’s single ‘Forever Young’. After her performance judge Simon Cowell told the 17-year-old, ‘I can honestly say, in all the years I have done this show, I have never heard anything as good as that.’

Johnson was mentored by singer Rita Ora during the competition, who is now celebrating her first win as an ‘X-Factor’ judge. After being crowned the 2015 winner Johnson began crying and said: ‘I’ve imagined this day for so many years, it’s incredible. You have no idea how much this means to me.’

More: Olly Murs Has The Full Backing Of Simon Cowell

Proud mentor Rita Ora added: ‘Thank you to everyone who voted! And thank you to Louisa for being the most talented, hardworking and gorgeous winner!’ Johnson has now won a record contract with Simon Cowell's Syco label which is said to come with an estimated £125,000 advance.

But there was no time for Johnson to rest and take in her victory as the signer began her round of media interviews early on Monday morning, starting with an appearance on Nick Grimshaw’s 'Radio One Breakfast Show'.

Speaking to the ‘X-Factor’ judge, Johnson said her sights were now set on the Christmas number one spot. 'That would be a dream come true,' Johnson said. 'The top 10 would be amazing. It's so weird to say that, but  I would love it.’

Sunday’s live final also saw performances from some of the biggest stars in British music, including One Direction who were making their last TV appearance before going on hiatus. The boyband performed two tracks, new single ‘Infinity’ followed ‘History’.

Later in the show Adele took to the stage performing single ‘Hello’. Showing off a new bob hairstyle the singer told the audience, 'That was amazing! I've honestly been waiting half my life to be here. I wanted to burst out laughing the whole time'