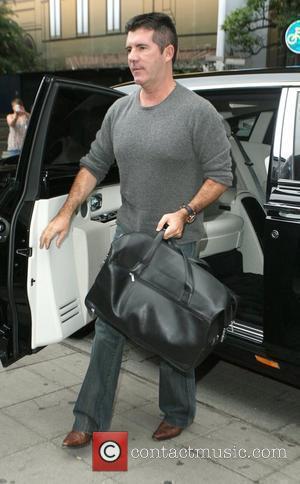 Picture: Simon Cowell arrives at the 'X Factor' bootcamp, where a massive crowd turned up to see the judges arrive. London, England - 01.08.09

Simon Cowell is celebrating after reportedly recruiting a host of stars including Madonna, Rihanna and Whitney Houston to appear on his U.K. TV talent show The X Factor.
Ratings for the competition soared last year (08) after pop star Beyonce agreed to make an appearance on the show.
Now Cowell is hoping to draw even more viewers after inking deals with Madonna, Houston, Robbie Williams and Rihanna, according to Britain's The Sun newspaper.
The publication alleges news of the superstar deals leaked after The X Factor choreographer Brian Friedman boasted about the talent due to perform on the show.
A source tells the tabloid, "Brian is really excited about this year's show because there are some great artists involved.
"He is proud to be part of it and admires Simon's ability to attract A-listers."