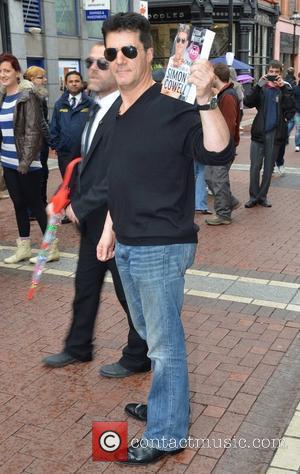 Picture: A Simon Cowell look-alike caused quite a stir on Grafton Street today while filming a skit for the Craig Doyle Live Show. Many passersby thought...

Britain's Got Talent is under fire after it emerged that finalists Loveable Rogues - who are widely tipped to win this year's competition - were hand-picked by scouts and encouraged to audition for the show. The group won the public vote on Tuesday (May 8, 2012) after an impressive performance of their original track 'Lovesick'.
However, the Rogues chances of victory on Saturday may be jeopardized after group member Eddie Brett admitted to the Daily Mirror, "We did get approached by the show", with band mate Sonny explaining, "We never really thought about doing shows like this, but obviously an opportunity came along and it would be silly not to.We've been gigging constantly for 18 months, trying to build up our fanbase and working hard, but a show like this is an incredible platform - within weeks everyone knows who you are". Though it could be argued that the band still needed to impress the four judges and the live audience on the day, Sonny also confessed that the group skipped several stages of the audition process, avoiding lengthy queues.
Suspicions intensified when Simon Cowell appeared to be getting ahead of himself at Tuesday's semi-final, saying, "It was brilliant. Brilliant, brilliant, brilliant. You have come along at the right time, you are current, I know who you should be working with on your first album, I can hear that single already". Regardless of their result on Saturday, bookmakers are offering odds as short as 6/4 for the Loveable Rogues to score a No.1 single before the end of the year.