Simon Beaufoy Nervous And Excited About The Hunger Games Challenge 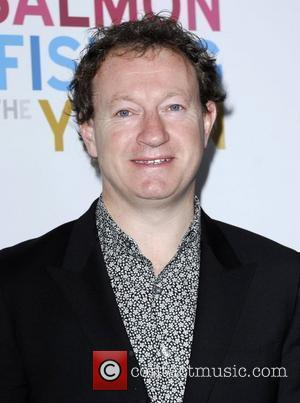 Oscar-winning screenwriter Simon Beaufoy is beginning to feel the pressure after signing on to adapt the second Hunger Games book into a screenplay.
The Brit, who won gold at the Academy Awards for his Slumdog Millionaire script, took on the project because he thought author Suzanne Collins' novel was "interesting" - but now he realises he has the book's avid fans to satisfy.
He tells WENN, "I'm working on Catching Fire, which is the second in the Hunger Games trilogy. I took this on in a rather naive way thinking, 'This is a really interesting book,' not realising that the entire teenage female population of America is watching its every move very closely.
"I found I took on a much bigger commitment than I realised! It's very exciting. They're very interesting books. Suzanne Collins is a very clever writer. That's my job to get inside the heads of the characters.
"I've gotten inside the head of people in slums in India (Slumdog Millionaire), so it won't be a problem to get inside a teenager's head."

Simon Beaufoy Nervous And Excited About The Hunger Games Challenge