Sigourney Weaver has signed up to return to the 'Avatar' franchise as a completely new character after her alter-ego Dr. Grace Augustine was killed off in the original. 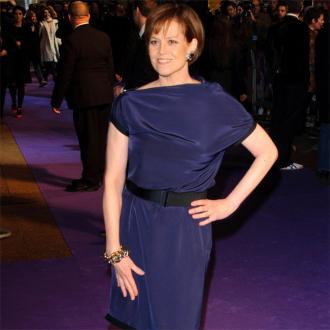 Sigourney Weaver has signed up for the three 'Avatar' sequels.

The 64-year-old actress is set to reunite with director James Cameron on his follow-up movies to the 2009 blockbuster, which became the highest grossing movie of all time.

However, it seems Weaver - whose scientist character Dr. Grace Augustine was killed off in the first film - will play a completely different role in the sequels.

Cameron said in a statement: ''Sigourney and I have a long creative history, dating back to 1985 when we made 'Aliens'. We're good friends who've always worked well together, so it just feels right that she's coming back for the 'Avatar' sequels.

''Her character of Grace Augustine, as fans know, died in the first movie, so she's playing a different and in many ways more challenging character in the upcoming films. We're both looking forward to this new creative challenge, the latest chapter in our long and continuing collaboration.''

The actress marks the second person to sign up for the sequels, despite their character being killed off. Stephen Lang, who played villainous Colonel Miles Quaritch in the first film, is also back for the new trilogy.

Main stars Sam Worthington and Zoe Saldana will return to lead the cast.