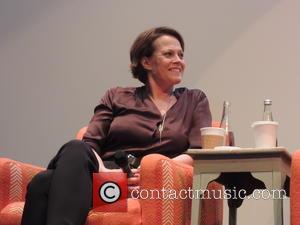 Picture: Sigourney Weaver - Shots of the stars of new sci-fi film 'Chappie' as they attend a press conference for the film at the Crosby Hotel...

Sigourney Weaver has inspired moviemaker Neill Blomkamp's upcoming Alien franchise film after chatting to her Chappie director about the character she played in the sci-fi blockbusters.

Blomkamp spent hours chatting to his leading lady about his vision for a new Alien film and admits she made him rethink the whole idea.

He says, "It's just something that I've always wanted to one day be a part of. Those first two films are probably my favourite films ever made. I didn't know if it would ever happen (but) I just always wanted to participate in it if I was able to.

"Over the years, I came up with a story for a film in that universe that I wanted to make. And then when I talked to her about her experience making those films and what she thought about (character) Ripley and everything else, it informed and changed the film I wanted to make into something different.

"A year later, when post-production was winding down on Chappie, I started fleshing out the idea for a film that would contain Sigourney... I just worked on it when I could. Before I knew it, I had this really awesome film with a lot of artwork and a lot of back story. And then I didn't know whether I was going to make it or not. So I just kind of sat on it for a while."

Blomkamp recently revealed he had resumed work on the Alien project amid reports he had closed a deal with 20th Century Fox bosses to take charge of a new film in the sci-fi franchise.