Sienna Miller has revealed that she quit a dream role on Broadway after discovering she would be earning half of her male co-star's salary. 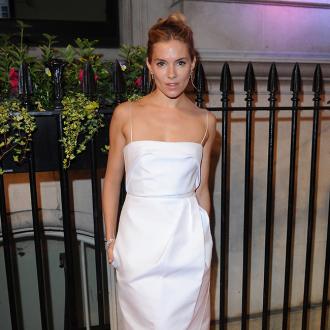 Sienna Miller ''walked away'' from a Broadway role after learning she'd be paid just half of her male co-star's salary.

The 'American Sniper' actress was due to return to the New York stage early next year, but after learning the terms of her contract, decided against taking the role.

She said: ''It was a play with just two of us on stage and I was offered less than half of what he was going to be paid. If it was two men, it wouldn't probably happen. Sad, but I walked away.''

Earlier this year, Sienna portrayed Sally Bowles in 'Cabaret' in New York and had such an amazing time, she doesn't think anything will ever top it.

She told Vogue magazine: ''It was the most incredible, fulfilling thing I have ever done. I feel like I've peaked with that.''

However, during her run on the show, Sienna - who has three-year-old daughter Marlowe with ex-fiance Tom Sturridge - suffered a bout of flu, problems with asthma and had six stitches after falling on her face and admits that sent her into a ''dark place'', though she felt exhilarated every time she went on stage.

She said: ''It's a dark place to be, head-wise. You are plying a complete nihilist and trying to be a mother at the same time during the day.

''But I was also loving it and I felt devastated when it ended.

''The first night was a euphoria you've never experienced, an adrenaline rush that is totally addictive.''