Sienna Miller is not only everywhere at LFW, she's also been the next to share a smooch with the model Cara Delevingne.

Sienna Miller has made sure that everyone knows she's attended this year's London Fashion Week after she's been snapped left, right and centre at the heart of the style and action. 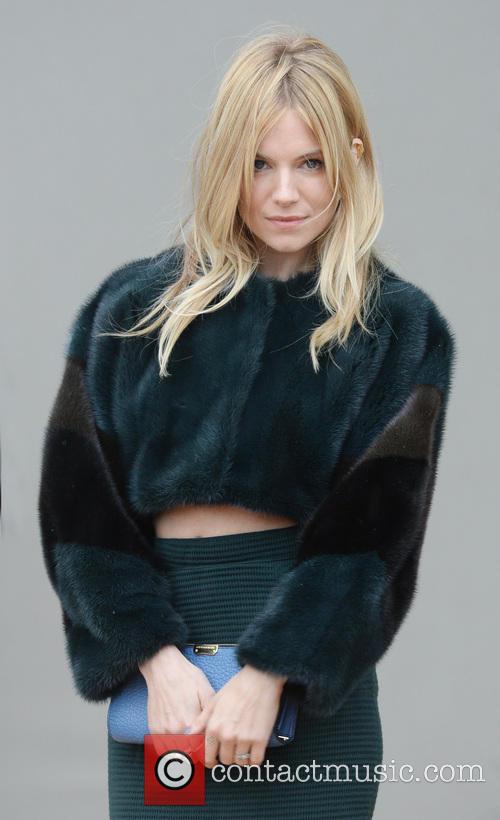 Sienna Caught The Pap's Attention In Her Furry Shrug.

Rocking a deep jade Burberry Prorsum shrug, Sienna arrived at the fashion house's Monday (16 Sept) show. Sienna's ties with the British fashion brand run deeper than her wardrobe: she's been the face of the brand this season, appearing in campaigns with her fiancé and the father of her daughter, Tom Sturridge. 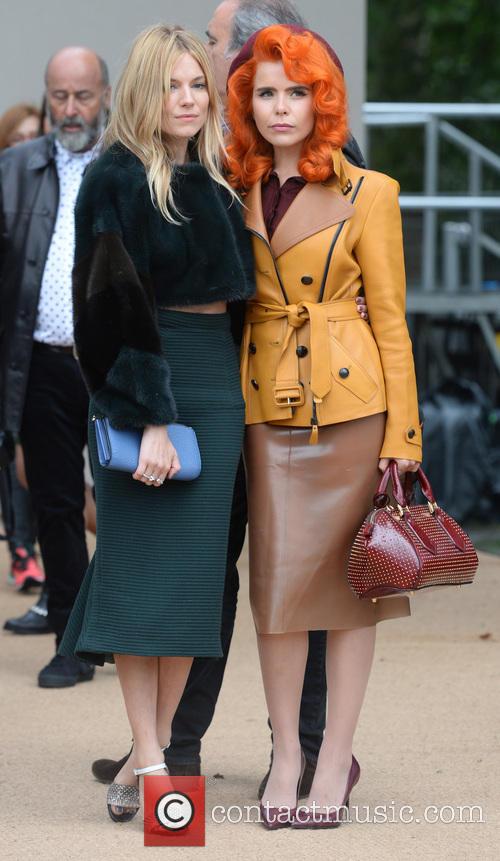 Sienna & Paloma Wait For The Burberry Doors To Open.

She posed demurely outside Kensington Gardens with her pal and singer, Paloma Faith, before they entered the show. On the F-row (natch), Sienna sat beside One Direction star Harry Styles and the pair were seen whispering and flirting. However, Harry apparently only had eyes for model, it-girl, and rumoured lover Cara Delevingne as she strutted down the catwalk to close the show.

Though Styles has publically said that Cara "is not my girl," it was clear that the 21 year-old model was receiving a lot more attention from the singer than Miller sat next to him was. Cara has dominated the catwalks this year, walking for just about every big brand across the four big cities. Earlier in the week, she posted an Instagram snap of herself getting cosy with her icon, supermodel Kate Moss, after the Topshop show.

Captioned "After Topshop with the one and only Kate Moss!#legend #icon #whatababe," Cara posted a photo of the pair with their arms round each other with Cara kissing Moss' cheek whilst Kate smiled nervously. Either fellow fashionista Sienna felt left out or Cara was feeling particularly amorous this week as another photo surfaced online of the two girls kissing.

Uncannily, the photo looks as though Cara is kissing a mirror, as the two have similar faces and blonde hair. The only giveaway was Sienna's garish green jacket fuzz. "Look who I found! @burberry," wrote Cara on posting the snap, provoking a wild storm of internet speculation.

As LFW wraps to a close, there's still Milan and Paris left this month. Who on earth will Cara get cosy with on the continent?