Sienna Miller has had tough year

Sienna Miller says she's had the ''sh**tiest year'' following her split from her fiancé Tom Sturridge in July. 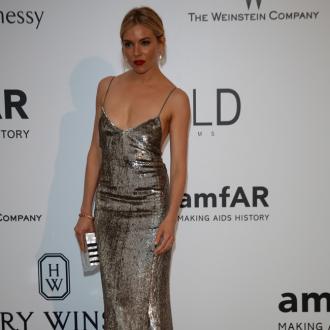 The 33-year-old actress, who split from her fiancé Tom Sturridge in July, has admitted 2015 has been a low-point for her, but she doesn't believe it has been all bad as she's overwhelmed by how quickly her film career has taken off.

Speaking in the October issue of Britain's Vogue magazine, she said: ''It's been really quite overwhelming recently, just with the volume of everything going on.

''Everything is shifting. It's actually been the sh**tiest year, and amazing. It's always yin and yang. I feel like if you're excelling in one area, it's hard to manage both and I do feel like the work is going really well.''

The blonde beauty and her partner, with whom she has three-year-old daughter Marlowe, called time on their three-year engagement just weeks after they were seen holidaying with one another in Ibiza, Spain.

The news of their split came just two months after the 'American Sniper' star was seen without her engagement ring while at Cannes Film Festival, which in turn prompted rumours their relationship could be on the rocks following what friends described as a series of ''blazing rows.''

However, the separation undoubtedly came as a shock to some people as just last year, Sienna - who famously starred opposite her beau in a 2013 Burberry advertising campaign - gushed about Tom's soothing personality.