Sienna Miller says becoming a mother to her daughter Marlowe has given her stability in her life. 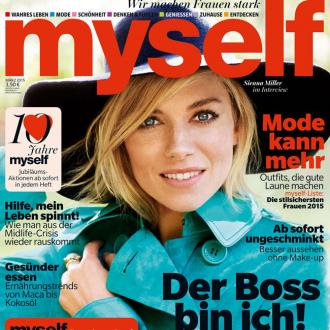 Sienna Miller says motherhood has allowed her to find ''peace''.

The 'American Sniper' star has a two-year-old daughter, Marlowe, with her fiancé Tom Sturridge and she insists becoming a parent changed her entire outlook on life and gave her a grounding.

When asked how she feels being a mother, Sienna said: ''It brought me down to earth, I found my peace. This are feelings I didn't know before. I'm much more aware of everything. I finally have something steady in my life.''

Sienna says parenthood stopped her from partying so much and has instead given her the opportunity to focus on her career and personal happiness.

Speaking to the new issue of German magazine Myself, she explained: ''I don't have the chance any more to be a rebel. Either I work or I take care of my daughter. In between I'm just tired. My stormy times are behind me. I'm calmer now and have settled down.''

The 33-year-old actress - who was previously in relationships with Jude Law and Rhys Ifans - enjoys seeing her child change as she gets older and she has been shocked by how much she and Marlowe have in common already.

She said: ''She is still so little, but I think that we have the same sense of humour. I'm always surprised again if I look in the eyes of my two-and-a-half-year-old child and find out that she's laughing about the same stuff like I do.''