Miller appeared with her 'Burnt' colleague Bradley Cooper on the BBC chat show, but wasn't wearing a Remembrance Sunday poppy.

Sienna Miller has come in for heavy criticism for appearing on ‘The Graham Norton Show’ without wearing a Remembrance Day poppy.

The actress appeared on Norton’s Friday night chat show alongside her Burnt co-star Bradley Cooper, but was slammed by eagle-eyed viewers who noticed that she was the only guest who wasn’t wearing a poppy. Fellow stars Dame Maggie Smith and Alex Jennings, as well as the host, had the symbol adorning their clothes. 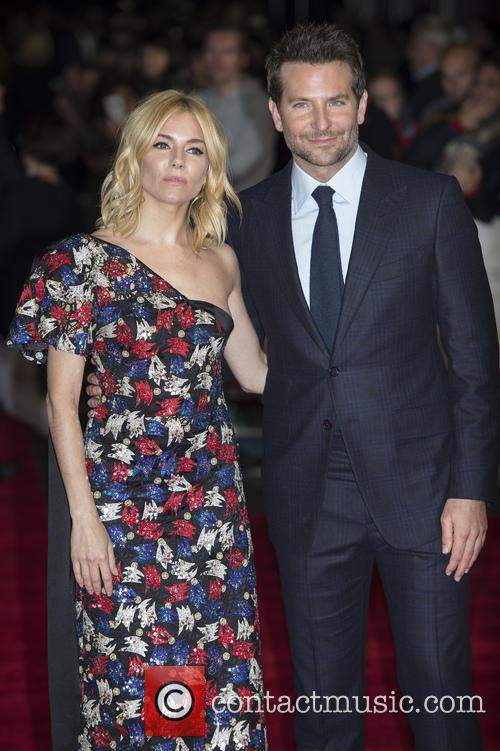 Berating the 33 year old actress for being a poor role model, some of the offended took to social media to pan Miller. “@TheGNShow good to see Bradley wearing a poppy! Sienna Miller obviously not interested,” said one. Another asked the BBC: “Why isn't Sienna Miller wearing a poppy on the @TheGNShow?”

More: Sienna Miller believes becoming a mother improved her career – “having a baby really changed everything”

One particularly irate Twitter user raged: “Why is Sienna Miller not wearing a Poppy? Has she refused? If yes why is she allowed on the show? Disrespectful cow.”

Even the former Conservative defence minister Sir Gerald Howarth decided to give his two pennies’ worth, saying: “There should be no excuse for not wearing one so we can honour the war dead.”

A source close to the actress told The Sun in reaction to the storm of criticism that Miller had been wearing a poppy before the show, but had taken it off before they she went on air because it was “pulling on her clothes”. The BBC has reacted by reiterating their policy, which is that guests are left to decide whether to wear one.

In Burnt, released on October 30th, Miller stars as Bradley Cooper’s sous-chef Helene, who helps rebuild her boss’s career and assists him in his quest to open a three-star Michelin restaurant. It has received lukewarm reviews and opened in fifth place at the US box office, taking a less-than-expected $5 million on its debut weekend.