Sienna Miller And Jude Law Split For The Second Time 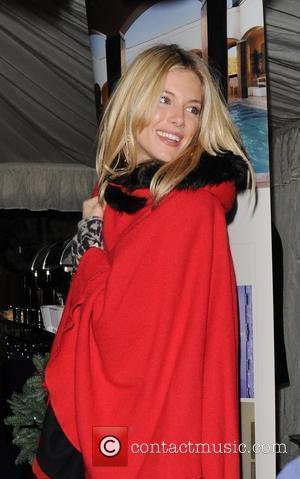 Sienna Miller and Jude Law have ended their relationship for the second time.
SIENNA MILLER was previously engaged to Law in 2004, but the couple parted ways in 2006. They reunited in 2009 and have been dating ever since, however, a rep for the actor has confirmed that they are no longer together, reports People Magazine.Law's representative provided a statement that read, "I can confirm that Jude Law and Sienna Miller are no longer in a relationship". A friend said that the split was amicable and that the pair are still close friends, adding, "It was entirely an end-of-the relationship decision. It had run its course". The source also claims that the couple split "weeks ago". SIENNA MILLER, who is currently preparing for her role in the TERENCE RATTIGAN West End play 'Flare Path', has previously dated the actors Matthew Rhys, Rhys Ifans and Balthazar Getty, whose father J. PAUL GETTY III passed away at the weekend. Law was previously married to the British fashion designer Sadie Frost, with whom he has three children.
The pair first met on the set of 'Alfie', a remake of the classic Michael Caine flick of the 1960's. They reportedly moved into a new house together in North London late last year.