Miller appeared on 'Good Morning Britain' to explain why she wasn't wearing a poppy, and that she hadn't intended to be disrespectful.

Sienna Miller has addressed the backlash she received after she appeared on TV last weekend without wearing a commemorative poppy, saying that the criticism has been “a little extreme”.

The actress appeared on the ‘Graham Norton Show’ last Friday (October 30th) to promote her new film Burnt with co-star Bradley Cooper. However, eagle-eyed viewers spotted that she was the only guest not wearing the poppy ahead of Remembrance Sunday this weekend, and many took to social media to air their displeasure, with one branding her a “disrespectful cow”. 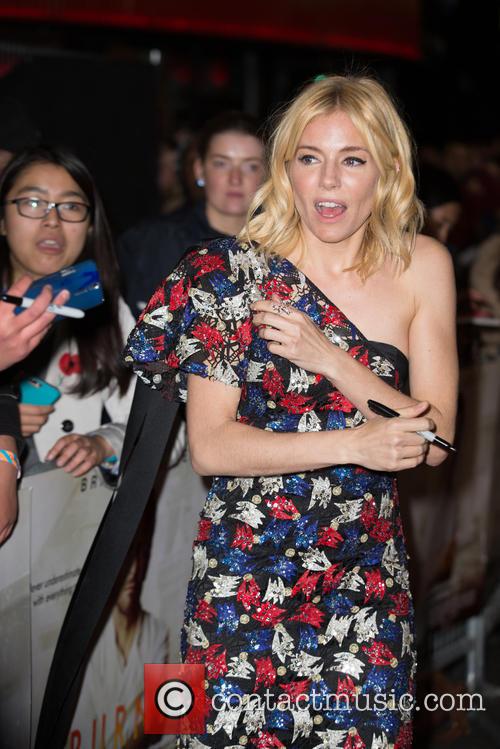 “It’s unfortunate it’s been made such a huge kind of… it’s really snowballed apparently and of course I don’t think there is anyone in this country that isn’t grateful and respectful and never would want to cause offence and wear a poppy all the time, but people kind of focus on things enough to pick at the negative. It seems a little extreme.”

Appearing on 'Good Morning Britain' on Friday (November 6th), the 33 year old has expressed concern that another show, recorded weeks ago, is due to go out before Remembrance Sunday. “Also, there’s another show I’m worried about coming out because we pre-recorded it, where we are probably not wearing poppies but some of these things are filmed weeks before they air. But you can’t please everyone and I meant no disrespect. Of course I didn’t.”

The outcry has re-ignited the old debate around ‘poppy fascism’, between those who think it is disrespectful not to show one’s gratitude to fallen soldiers and those who feel the compulsion element runs contrary to sentiment of the poppy itself (freedom of speech, which those soldiers died for).

Miller, for what it’s worth, is in neither camp, as she said at the time that the poppy she was wearing in the backstage area before last Friday’s show was catching on the expensive dress she had on, and made a split second decision to remove it as her name was being announced.

“I had a poppy on funnily enough and I was wearing a dress that was like crepe paper basically and as I was going on I looked down - it was tearing at the dress and they’d said my name and so I whipped it off,” she said.