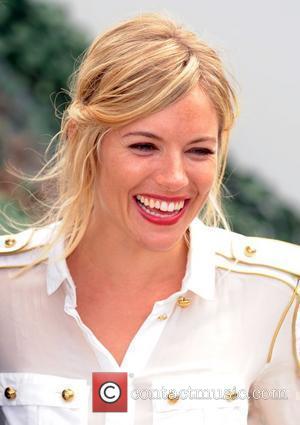 Sienna Miller made a splash at the U.K. launch party of her new movie G.I. Joe: THE RISE OF COBRA - she was left soaked after speeding down London's River Thames on a boat.
The actress had planned to make a grand entrance as she arrived at the promotional event on Wednesday (22Jul09) onboard warship HMS Belfast on the docks of the British capital's river.
But the unpredictable British weather dampened the affect of the glamorous stunt - and the Thames' choppy waters left the star all wet.
And, to add insult to injury, the boat ferrying her to the launch had to make two attempts to dock.
Miller praised the extra layers she had added under her white shirt for saving her from any further embarrassment.
She told reporters, "Thank God I've got a skin-coloured something underneath, otherwise I would be horribly regretting the white shirt... I'm soaking wet."