Sienna Miller - who stars as a sous chef alongside Bradley Cooper in their new movie 'Burnt' - considers herself to be a ''capable cook''. 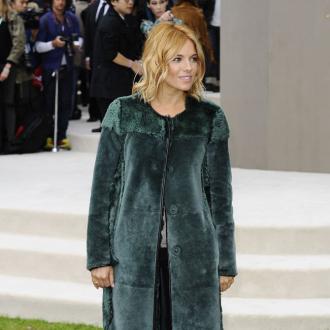 Sienna Miller considers herself to be a ''capable cook''.

The 33-year-old actress, who plays a sous chef alongside Bradley Cooper in their new movie 'Burnt', trained with British chef Marcus Wareing for three weeks before shooting the film and claims he casually offered her a job afterwards.

She said: ''At the end, he said he'd have a place for me in his kitchen. [I'm a ] capable cook and I love it, but my knife skills are useless - we had a hand double. But I'm a grafter. I can fillet and cook a piece of turbot pretty perfectly.''

The blonde beauty previously worked with Bradley, 40, on 'American Sniper' and says he has become her ''best boy friend.''

She added: ''We laugh a lot; he is loyal and kind and has no concept of his own brilliance.''

The four-time Oscar nominee is equally fond of the actress.

He said: ''We got along immediately because we have the same work ethic. She comes to set prepared, with no fuss or pretence.''

Meanwhile, Sienna, who split from Tom Sturridge in July, claims she is no longer interested in playing lead characters because her priority is their three-year-old daughter, Marlowe.

She told the October issue of Marie Claire magazine: ''[Now it's about] working with the right people, the right director. With a young daughter, it's ideal to play supporting roles.''