Sick Of It All

Sick Of It All Quick Links

By Max Cussons in Music Reviews on 06 February 2015

If you so much as have your toe in the realm of punk and hardcore, then you're likely to be aware of Sick Of It All. They were one of the scene's pioneering bands of the late 80s and 90s, being one of the best at injecting metal tones into the genre and they're still influencing new bands to this day. Records like 1994's 'Scratch The Surface' and debut 'Blood Sweat And No Tears' are staples of heavy music that have made Sick Of It All a classic band on the scene. Their recent efforts are just as solid and, as they came to Leeds' Brudenell Social Club touring newest album 'Last Act Of Defiance', they delivered a show as legendary as their history. 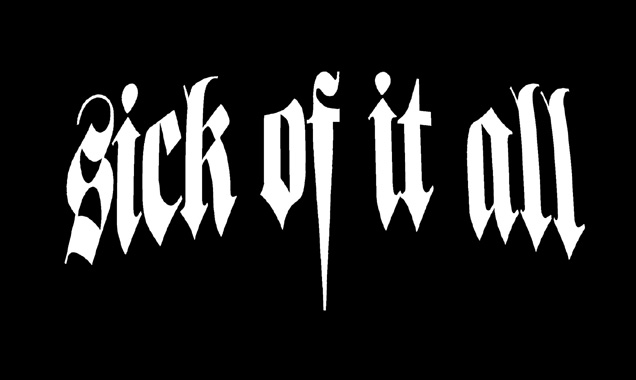 For starters, though, we had Swan Song who were, quite frankly, insane. Their frontman was nuts, swinging his mic like a lasso, climbing the wall between the bar and stage floor, and screaming two centimetres from people's faces. All while being soundtracked by low and crunchy guitars. Very intense. Next were Night Stalker, who may not have been as lively, but were great nonetheless. Their songs were more 80s influenced with their swagger-laced riffs and catchy fills. They leant towards rock 'n' roll fun which was undercut by livid vocals, like Black Flag in their more accessible moments.

Broken Teeth ignited the first pits of the night, but had the weakest songs and didn't give that good a performance to make up for it. They didn't stand out from any other modern hardcore (or 'beatdown') band and, aside from their frontman stomping and jumping around a bit, the band played their songs with much less enthusiasm than their fans' reaction to it.

Sick Of It All Quick Links