Singer/songwriter Sia And Boyband 5 Seconds of Summer Are Among The Top Nominees For The Upcoming Australian Record Industry Association (Aria) Awards. 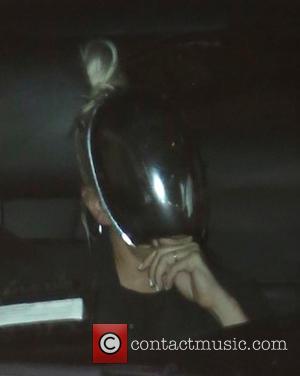 Picture: Sia , Sia Furler - Sia makes every effort to avoid being seen by wearing a metal face mask and then covering her face with...

The Chandelier star has landed a slew of nominations ahead of Australia's top music prizegiving next month (Nov15).

Sia is set to compete in the Best Female Artist category, going up against stars including Jessica Mauboy and Megan Washington, and she is also nominated for Best Pop Release for her hit track Elastic Heart.

5 Seconds of Summer are nominated for Best Group, and they will compete alongside acts including veteran rockers AC DC and Tame Impala, as well Hermitude and The Preatures.

Tame Impala are also in the running for the coveted Album Of The Year trophy for Currents along with Vance Joy for Dream Your Life Away.

Other nominees in the top album category include Courtney Barnet (Sometimes I Sit and Think, Sometimes I Just Sit), Flight Facilities (Down to Earth) and Hermitude (Dark Night Sweet Light).

The prizes will be handed out at a ceremony in Sydney, Australia on 26 November (15).

Sia was the top female winner at last year's (14) ARIA Awards, scooping four prizes including Best Female Artist and Album of the Year for 1000 Forms of Fear.