In truth, there aren't many pop artists who could be described as like a fine wine, i.e. improving with age, but Sia Furler is definitely an exception. Having been making music for a good 30 years, Sia has always been well respected for all her musical projects, but her forthcoming sixth album '1000 Forms of Fear' is likely to mark a turning point. With first single 'Chandelier' becoming an immediate hit, her new track 'Big Girls Cry' is cementing that new album anticipation. 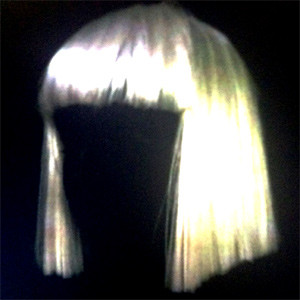 The track opens with gentle piano, soon accompanied by a simple drum beat that almost has the effect of an unsteady heartbeat. Before long, Sia's unique, throaty vocals come in with a slow, heart-stopping oscillation at the end of each line. Then, as we've come to expect from Sia, in comes that typical explosive chorus which sees her voice gradually elevate to incredible heights as she imprints a gorgeous melody right into our consciousness.

There's something about the not entirely coherent singing that makes the intelligible lyrics stand out powerfully; as the chorus dies down, we hear her softly repeat, 'Big girls cry when their heart is breaking', and that's all you really need out of the song to understand it's premise. Not that anyone cares WHAT she's singing; that final harmony-layered chorus sees, in typical Sia fashion, her affectedly raspy voice reach some breathtaking notes that straight-up distract the listener from anything else.

'Big Girls Cry' has a stunningly uplifting synth tone within it, with the slow rhythm stirring up the melancholy. It's definitely well composed, but just a little too predictable. It seems that songs will only stand out these days with whimsically arranged structures, and the track doesn't have that going for it in any sense. In fairness, though, her sublime, sui generis voice sort of lets her get away with it.