London-based Shrek fans are in for a treat

DreamWorks Animation is teaming up with Merlin Entertainments to create a Shrek-themed attraction in London on the city’s famous Southbank – a central hub for entertainment and the arts. The "live interactive adventure" will guide audiences as they encounter the franchise’s most famous characters: Shrek, Fiona and Puss in Boots amongst others. 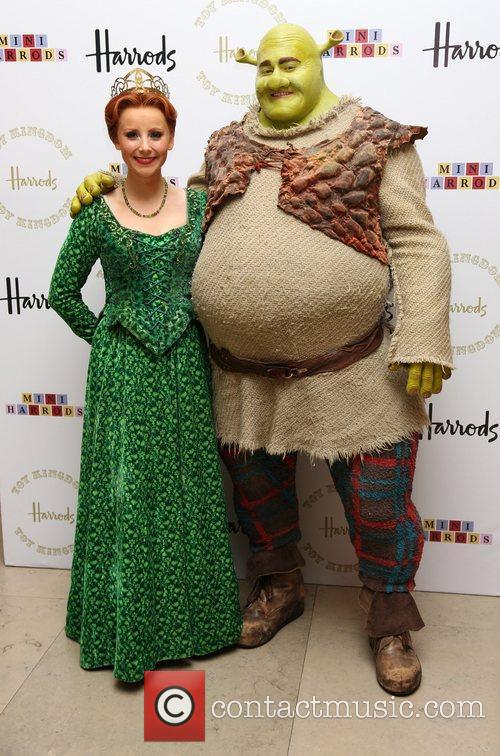 See these two, sort of, in London soon

The 6,500-square-foot Shrek attraction will include a courtyard where visitors other characters from the DreamWorks catalogue, including "Kung Fu Panda", "Madagascar" and "How to Train Your Dragon." The commercial side of the venture comprises a store and a rotating exhibit highlighting DreamWorks Animation film and DVD releases.

Merlin Entertainments – which is based in Poole, England - is the world’s No. 2 operator of themed attractions, bettered only by the Walt Disney Company. Merlin can include Legoland parks, the Eye Ferris wheels in London and Sydney, and Madame Tussauds as brands included within their jurisdiction.

It is the first of six Shrek attractions Merlin is developing over the next nine years in various cities around the world, the companies said.

"It's not like anything else, if you can imagine a theater-like experience where you the audience are part of the story," DreamWorks Animation Chief Executive Jeffrey Katzenberg said in an interview.

"Developing an attraction based on Shrek and his friends is hugely exciting for Merlin Entertainments and the start of what we hope will be a wider collaboration with DreamWorks Animation," Chief Executive Nick Varney said in a statement, according to L.A Times. The Shrek franchise has moved from the big screen onto separate enterprises while subsequent animations have been received well.

"This is just a continuation of what we have been working on in the last 18 months, which is a broad diversification of DreamWorks into a family entertainment company," Katzenberg said.

Twilight Eclipse Dvd Big, But Not As Big As Predecessors