Owners to one of the most unusual names in British music, Shrag are a Brighton-based quintet who release this, their second album, in October. The follow up to their self titled debut, it will be supported by a handful of shows across the country which begin in late September. 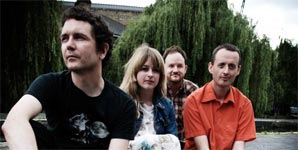 Clearly out to grab attention, 'A Certain Violence' is an intense mixture of driving bass and choppy guitars that make a strong impression. It is followed by the melodic indie of 'Stubborn Or Bust', which is equally endearing, while a likeable pop edge is displayed by 'Their Stats'. A trio of highlights, also worth noting is the fun rock'n'roll of 'Rabbit Kids' and 'When We Go Courting', which wouldn't have been out of place in the days of Britpop, while 'More Than Mornings' converts an appreciation of punk and ska into a bouncy anthem. It maintains a good standard of song on what is a raw recording, but the lasting impression is actually of no impression. Enjoyable whilst heard, there's nothing that really sticks in the mind. 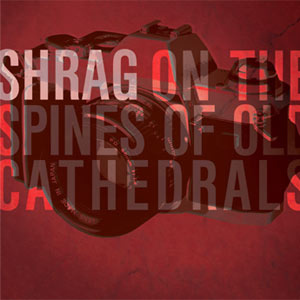 Shrag - On The Spines Of Old Cathedrals Single Review