The ‘Greys Anatomy’ and ‘Scandal’ show runner has responded to a New York Times critic who described her as an ‘angry black woman’ in a recent review.

Shonda Rhimes has taken to twitter to voice her displeasure towards a New York Times critic who suggested her autobiography should be called 'How to Get Away With Being an Angry Black Woman'. 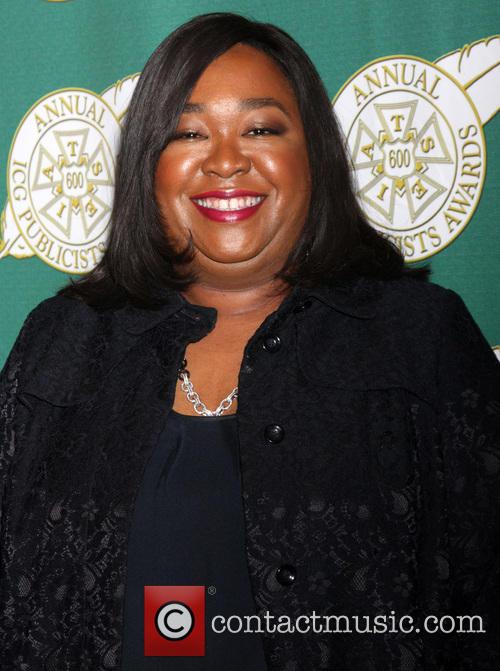 On Thursday (Sept. 18th), New York Times critic Alessandra Stanley opened her review of ‘How To Get Away With Murder’, with the line "When Shonda Rhimes writes her autobiography, it should be called How to Get Away With Being an Angry Black Woman.”

The critic then went on to write that “Rhimes has embraced the trite but persistent caricature of the Angry Black Woman, recast it in her own image and made it enviable.” Adding, “She has almost single-handedly trampled a taboo even Michelle Obama couldn’t break.”

More: "Grey's" Finale Serves Up Steaming Plate Of EMOTIONS With A Side Of HEARTBREAK

The review also labeled the prolific show runner as “a romance writer”. But what Stanley failed to point out is that ‘How To Get Away With Murder’ was actually created by Peter Nowalk, not Rhimes who serves as executive producer.

Taking to twitter Rhimes wrote “Confused why @nytimes critic doesn't know identity of CREATOR of show she's reviewing. @petenowa did u know u were "an angry black woman”? Before adding Apparently we can be "angry black women" together, because I didn't know I was one either! @petenowa #LearnSomethingNewEveryday.”

She then addressed how Stanley failed to mention the rants of white female leads such as Meredith Grey which were written by Rhimes. “How come I am not "an angry black woman" the many times Meredith (or Addison!) rants? “ the writer tweeted. Rhimes then ended by saying, “Wait. I'm" angry" AND a ROMANCE WRITER?!! I'm going to need to put down the internet and go dance this one out. Because ish is getting real.”

But critic Alessandra Stanley seems unapologetic for the controversial article, telling Buzzfeed, “The whole point of the piece — once you read past the first 140 characters — is to praise Shonda Rhimes for pushing back so successfully on a tiresome but insidious stereotype.” However when a tweeter asked Rhimes if she’d read Stanley’s response the writer replied, “No I’ve been busy being angry and black. Also a woman. Takes up a lot of time.”

'How to Get Away With Murder', on which Rhimes serves as executive producer, premieres September 25th on ABC, the same day that 'Grey’s Anatomy' enters its 11th season.