A Legion Of Grey's Anatomy Fans Struggling With The Death Of The Show's 'Mcdreamy' Have Petitioned Drama Creator Shonda Rhimes To Bring Him Back From The Grave. 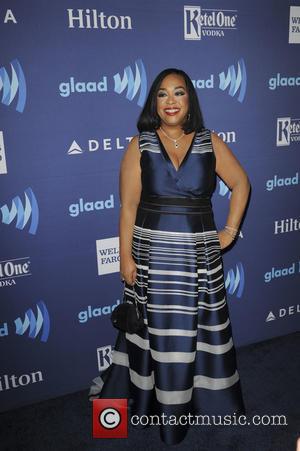 Picture: Shonda Rhimes - A variety of stars were photographed as they arrived to the 26th Annual GLAAD Media Awards which were held at The Beverly...

Devotees were left stunned last week (23Apr15), when the latest episode aired in the U.S., as Patrick Dempsey's character was killed off following a car accident, and now they're fighting to get Dr. Derek Shepherd back.

Superfan Courtney Williams started the Change.org petition on Friday (24Apr15), and so far almost 17,000 fans have signed it.

In her plea to Rhimes, and Dempsey himself, Williams states fans "are not sleeping nor eating because of this tragic turn of events".

She adds, "You do not have someone survive a mass murderer, a plane crash, A FREAKING PLANE CRASH, AND A crushed hand, as a neurosurgeon... just to kill them off on a BEAUTIFUL DAY!! Seriously? SERIOUSLY SHONDA?! SERIOUSLY MS. RHIMES!?!?!?!?!

"It's like you've killed the President of Grey's Anatomy! The Fans are ready to serve you papers and charge you with the Patriot Act."

He wrote: "I want to thank all the fans, what an incredible 11 yrs, I love you all."

Meanwhile, Dempsey's co-star Ellen Pompeo has broken her silence following the death of her onscreen love interest, telling fans, "There are so many people out there who have suffered tremendous loss and tragedy. Husbands and wives of soldiers, victims of senseless violence and parents who have lost children. People who get up each day and do what feels like is the impossible. So it is for these people and in the spirit of resilience I am honored and excited to tell the story of how Meredith goes on in the face of what feels like the impossible. I hope you will all join me on her journey."