Fashion line based on the period costumes of Bridgerton is to be launched by department store Bloomingdales ahead of the hit show's second season. 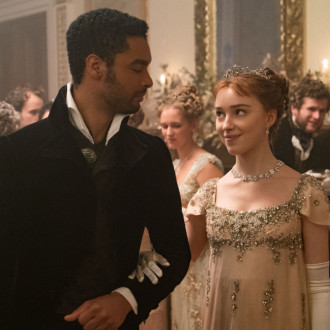 A fashion line based Netflix show 'Bridgerton' has launched at Bloomingdale's.

The period drama - which was, for a time the highest-viewed show on the streaming giant - has inspired the department store to launch a series of costumes based on the show.

Shonda Rhimes, chief executive officer of Shondaland, which produced 'Bridgerton', said in a statement: "We knew from the start that the clothes and fashion in ‘Bridgerton’ would be a major focal point for the series, and it has been so satisfying to see the fans embrace it and incorporate it into their own style."

The range will be launched as part of the department store's latest @Carousel pop up shop and will be open March 3 through May 16 at the 59th Street flagship and Bloomingdale’s e-commerce in celebration of the show's second season, which is set to premiere on March 25th.

The curation will feature a range of both men and women's clothing inspired by the show from a diverse range of creators and Shonda "couldn't be more excited" to debut the range at the iconic store.

She said: "We couldn’t be more excited to partner with The Carousel @ Bloomingdale’s for this special ‘Bridgerton’-inspired pop-up, where fans will have the opportunity to shop products and inclusive clothing inspired by the show and created by female designers and designers of colour."

In a statement, Frank Berman, executive vice president and chief marketing officer, Bloomingdale’s, claimed the the shop will be an "immersive" blend of fashion and entertainment.

He said: "This Bloomingdale’s Carousel shop will be an immersive retail experience that blends fashion and entertainment for a true unique pop-up inspired by the cultural phenomenon.”