I'm half-inclined to start with an apology. In my review of Theme From Kindness, Shield Your Eyes' mostly impressive previous album, I made a point of comparing them to the likes of Big Black, Shellac, and Q and Not U; it seemed to me that they were consciously taking their cue from a particular strain of abrasive, physical underground rock music. In a recent interview, the British group's guitarist/vocalist Stef Ketteringham sounded pretty miffed about such comparisons. 'I don't like how Shellac and the Jesus Lizard sound', he told Artrocker; 'I don't like the drum sound on albums recorded by Steve Albini...I would hope when Volume 4 comes out it will be described in some way as a progressive blues rock album'. The press release, meanwhile, goes out of its way to disassociate them from American noise rock, aligning them instead with various seventies power trios. So that's that, then. 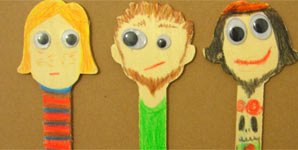 The liner notes to Songs About Fucking, the final album by influential US noise-punks Big Black, credit band members Steve Albini and Melvin Belli with contributing 'guitar skinng' and 'guitar grr', respectively. Shield Your Eyes share Big Black's fixation with producing abrasive, unconventional sounds; their absorbing new record Theme From Kindness features quite a lot of skinng, and a fair bit of grr too. One suspects that, like so many contemporary purveyors of the noisy, experimental rock music which genre geeks call 'post-hardcore', they grew up listening to Albini's music.