Shia gets up to some stupid stuff

For a man who’s recently decided to retire from public life, Shia LaBeouf is sure lingering in the public eye. He’s walking around London headbutting people willy-nilly, and let’s not forget; he’s starring in two pretty high profile movies this year. 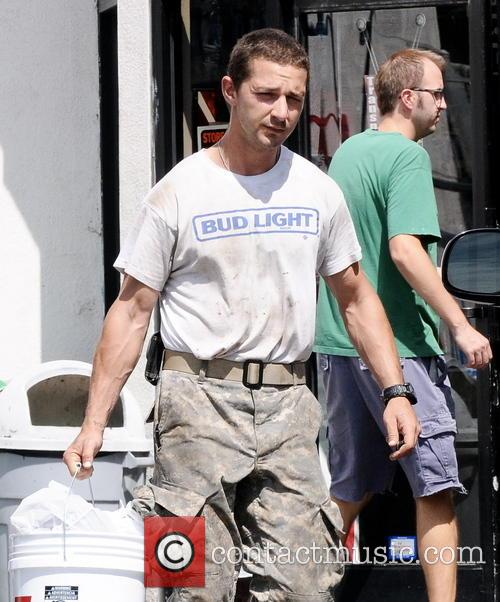 Shia LaBeouf picking up some stuff from the hardware store, something he's deeply sorry for

He’s not quite reached Justin Bieber’s inordinate displays of stupidity, but his recent behavior has gained him more enemies that friends. Here’s a little rundown of Shia’s most idiotic moments, and yes, his recent headbutt makes the cut.

Almost a decade ago – Shia will have been around 18 – Hollywood.com reported that the Holes star wielded a kitchen knife after an altercation with a neighbor. LaBeouf totally lost his collective braincells when he had to wait to put his car in the garage.

"Shia began honking his horn and yelling at the guy, but the neighbor told him to wait a minute, and carried on talking to his girlfriend,” an onlooker explained at the time. "Then Shia rammed his car into the back of the other guy's car. Words were exchanged and Shia jumped out and threatened the neighbor." Shia, man.

While this is idiotic, credit should go to Shia for creativity here. In a spate of apologies doled out to people he offended via copying their work - or myriad other methods he employed – Shia managed to actually copy Lena Dunham’s apology – which is a stroke of creative genius considering he was apologising for plagiarizing. Tweets here. And here.

Next page: taking the wrong drugs.