Video footage has been released following the actor's arrest at the weekend.

So we know Shia LaBeouf ended up in a prison cell this weekend for disorderly conduct, but apparently his behaviour didn't stop after he was arrested. Recent footage has shown the actor going off on a profanity-laden rant at cops while on the way to the station in Savannah, Georgia. 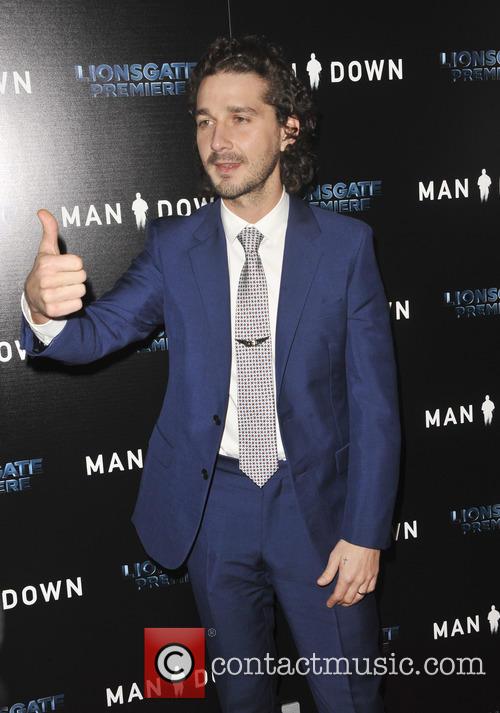 Shia LaBeouf at 'Man Down' premiere

Early on Saturday morning (July 8th 2017), the actor was arrested for disorderly conduct, obstruction and public drunkenness after displaying loud and aggressive behaviour when he was refused a cigarette from a man in the street. When cops approached him, he allegedly ran into the lobby of a hotel but was soon cuffed and placed in a cop car.

Now bodycam footage from the incident has been obtained by TMZ showing Shia swearing profusely and pulling the race card on the black officer who booked him. 'You got a President who don't give a s*** about you, and you stuck in a police force which don't give a f*** about you', he raved. 'So you wanna arrest what? White people? For asking for cigarettes?'

He also, rather amusingly, tried to threaten the cop by pointing out the 'cameras everywhere'. 'I got more millionaire lawyers than you know what to do with, you stupid b***h!' He added.

Funnily enough, that wasn't all. Footage from the police car on the journey to the station has also been released, showing him continuing his tirade and actually threatening the officer with a firearm. 'If I had my gun I'll blow your s*** up', he spat, branding him a 'coward' and going on and on about his 'legacy'.

We're sure that this sermon didn't end there, but he was later released on $7,000 bail and we are yet to hear about what's going to happen to him following this incident. He was in the area shooting a movie called 'The Peanut Butter Falcon' with Dakota Johnson and Bruce Dern at the time.