The actor was performing a stunt on the set of 'American Honey' when the accident occurred - he's currently at home and recovering.

Shia LaBeouf is reported to suffered a nasty injury to his head on the set of his latest movie that has required medical attention.

According to the celebrity gossip site TMZ, the 29 year old actor received 20 stitches and 13 staples to the left side of his head and right finger after a stunt went wrong. He is currently shooting the road movie drama American Honey, and was recording a stunt necessitating him to put his head through a pane of glass when the incident occurred. 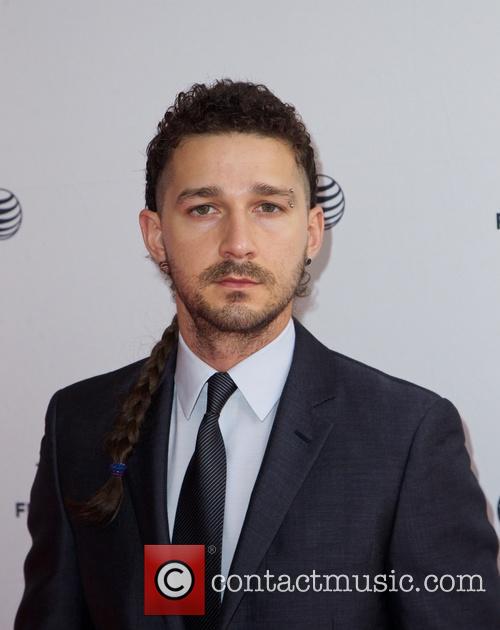 LaBeouf was sent to a hospital near to the North Dakota location on Wednesday morning (June 24th) and then sent home to recover before resuming shooting on Thursday, sources told TMZ. No representatives for the actor have confirmed the story as yet, however.

In 2008, LaBeouf suffered a much more minor injury on the set of Transformers: Revenge of the Fallen when he bumped into an on-set prop, sustaining a small cut below his eye. Just last year, while filming Brad Pitt’s war movie Fury, his co-star Logan Lerman told GQ magazine that LaBeouf had made cuts to his own face to make his battle wounds look more realistic.

Shia had something of a strange year in 2014, turning up to one of his own movies’ red carpet parties wearing a paper bag on his head with ‘I Am Not Famous’ written on it. He also conducted a totally silent interview with Dazed and Confused magazine in November, and alleged that he was sexually assaulted at a gallery exhibition he was hosting in February.

American Honey is set to be given its world premiere in October 2015, before a worldwide theatrical release in 2016.

More: Shia LaBeouf in most awkward interview ever?