Shia LaBeouf has sparked speculation he has split from Mia Goth after being spotted with a mystery woman in California. 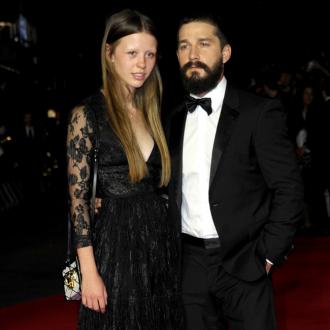 Shia LaBeouf has been spotted hand-in-hand with a mystery woman, sparking speculation he has split from Mia Goth.

The 'Fury' actor, who hasn't been seen with his 22-year-old girlfriend since their explosive argument in Germany last month, was seen holding hands with a young dreadlocked brunette on Saturday (29.08.15).

The pair appeared cosy as they had lunch together in Sherman Oaks, California, according to MailOnline.

The sighting appears to suggest Shia, 29, has split from actress Mia following their heated altercation in Tubingen, Germany, in July, when the 'Transformers' star was overheard saying he would've ''killed'' his partner.

The pair were filmed having an argument on the street and footage shows him telling locals he was afraid of what he might have done had he not walked away.

The video shows Shia desperately pleading with Mia to give him his bag.

In the video obtained by' Entertainment Tonight', he says: ''I don't wanna touch you. I don't wanna be aggressive. This is the kind of s**t that makes a person abusive.

''Can I have my bag please? I just want my bag. Please just give me my bag.''

The video also shows the 'Fury' actor attempt to FaceTime his 'Transformers' co-star Megan Fox and claim that he doesn't ''have no home'', as he points at his rucksack saying, ''This is my home.''