Shia LaBeouf has posted the words ''I talk, just not to you'' on Twitter, in his first post since being arrested for public intoxication. 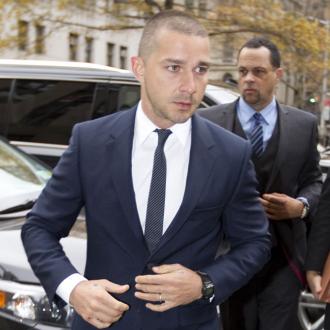 Shia LaBeouf has posted a cryptic message on Twitter after being arrested for public intoxication.

The 29-year-old Hollywood star was reportedly arrested for misdemeanour public intoxication outside a bar in Austin, Texas on Friday (09.10.15) and although he has not spoken out about the arrest, Shia took to Twitter on Sunday (11.10.15) with a mysterious tweet.

This comes after an eyewitness claimed he ''was either extremely drunk or high on drugs'' and was running down the street before he started jaywalking in front of police officers.

The eyewitness also told gossip website TMZ that the actor was out of control and disobeyed the officers.

The 'Transformers' star - who was in Texas attending the Austin City Limits music festival - was subsequently handcuffed and taken to Travis County Jail.

The reported arrest comes shortly after Shia said his new movie 'Man Down' had helped him ''get well''.

The actor, who's recently sought treatment for an alcohol problem, claimed working with director Dito Montiel acted as good ''therapy'' and helped to get his life back on track.