Shia LaBeouf moves in with girlfriend

Shia LaBeouf's new romance with 'American Honey' co-star Sasha Lane has progressed quickly and they are living together. 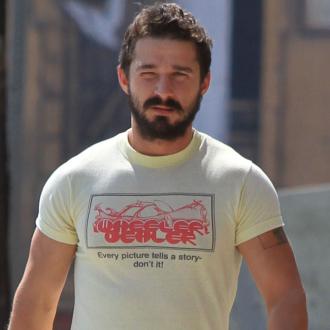 Shia LaBeouf has moved in with his new girlfriend.

The 'Fury' actor was spotted holding hands with a mystery woman two weeks ago, fuelling speculation he had split from Mia Goth, and it has now emerged the blonde was his 'American Honey' co-star Sasha Lane, and things have progressed very quickly between the pair.

A source told the New York Post newspaper's Page Six column: ''They fell in love, and have moved in together.

''Sasha was completely unknown. She's also become best friends with Riley Keough (another of the film's co-stars). Riley's been taking her to fashion shows in Paris. She is going to be a huge star.''

Little is known about Sasha, whose Facebook page says she works as a hostess at chain restaurant On the Border Mexican Grill & Cantina in Texas and has been described as being ''completely destitute'' before being discovered by director Andrea Arnold and cast in 'American Honey'.

Shia's new romance comes after he and Mia, 22, had an explosive row in Tubingen, Germany, in July, when the 'Transformers' star was overheard saying he would've ''killed'' his partner.

The pair were filmed having an argument on the street and footage showed him telling locals he was afraid of what he might have done had he not walked away.

The video showed Shia desperately pleading with Mia to give him his bag.

In the video obtained by' Entertainment Tonight', he says: ''I don't wanna touch you. I don't wanna be aggressive. This is the kind of s**t that makes a person abusive.

''Can I have my bag please? I just want my bag. Please just give me my bag.''