Shia LaBeouf was kicked in the groin and punched in the face by a passer-by after he filmed a woman vomiting outside a nightclub in Leicester Square, London. 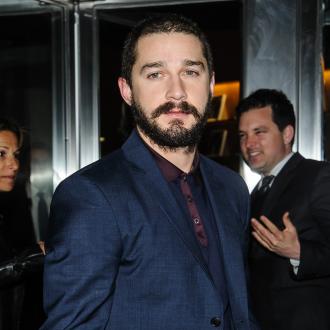 Shia LaBeouf was kicked in the groin after he filmed a woman vomiting in public.

The 'Transformers' star was hit in the face twice and smashed in his manhood by a passer-by after he and a friend videoed party-goer Ash Nawaz and her sister Isis, 24, sitting on a kerb after a night out in Leicester Square, London, feeling unwell.

The ladies failed to recognise the American actor - who is currently in the UK shooting World War II movie 'Fury' alongside Brad Pitt - and told him to leave them alone, but Shia reportedly refused to stop recording their antics provoking a stranger to intervene.

Ash, a Leeds call centre worker, told The Sun newspaper: ''I only realised it was Shia after he'd been beaten up. If I'd known, I'd have let him film me as much as he liked! I have a massive crush on him.''

Security guards from a near-by nightclub charged over to the scene and separated the men, before Shia and his pal fled the scene. The police were not called.

This isn't the first time the 27-year-old hunk has been caught in a scrap in London after a scuffle broke out last year at the Hobgoblin pub in New Cross, when a student prankster snatched Shia's baseball cap and refused to give it back.