Why Shia LaBeouf Is Quickly Becoming Our Favourite Underdog

The actor is becoming one of Hollywood's most likable.

We've felt for a few months now that Shia LaBeouf is really turning things around for himself. He's no longer the booze-swigging, plagiarizing attention-seeker that he was back in 2014, he's developed into an altruistic artist with a strong moral compass, and he's someone to learn from. 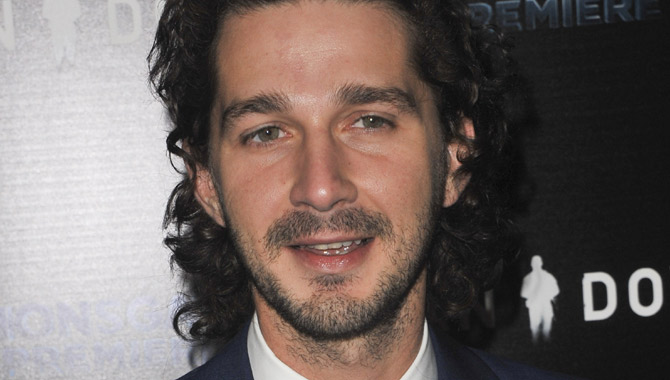 Shia LaBeouf is turning things around this year

Many people rolled their eyes when he appeared to shade Steven Spielberg in an interview with Variety back in September, but that's nothing when you consider what the rest of his confessional told us about him. Since he was arrested and charged with disorderly conduct at Broadway's 'Cabaret' in 2014, he has given up alcohol.

'Alcohol or any of that s**t will send you haywire. I can't f*** with none of it. I've got to keep my head low', he told Variety. 'I got a Napoleonic complex. I start drinking and I feel smaller than I am, and I get louder than I should. It's just not for me, dude.'

It's difficult not to forgive Shia LaBeouf for his past drunken behaviour when he takes full responsibility for all his antics. He's even offered a genuinely sincere apology over the plagiarism row of 2013, when he copied Dan Clowes' 2007 comic 'Justin M. Damiano' for his own short film 'Howard Cantour.com'. At the time, he did say sorry though complained about the restrictions on copyright laws, but this year he was refreshingly contrite about the whole thing. 'It's straight theft, dude', he admitted. 'I just took the dude's idea and made a movie. I truly f***ed up and apologized.'

Despite his past behaviour, Shia has shared quite a close relationship with his fans over the last few months. He even left an apologetic voicemail to a fan who got punched in New York for looking like the actor, urging him to phone him back. Plus, well known for his weird and wonderful performance art pieces, one of his latest projects was his #TakeMeAnywhere road trip, where he encouraged strangers to come and pick him up and drive him to wherever they wanted. Far from being a magnet for weirdos, the trip was a success and ended up bringing people together.

He and his collaborators later embarked on another project where they answered random phone calls for five days straight. 'We still talk. You build these little communities, it doesn't go away, it doesn't die', he told Jimmy Kimmel of the projects in November. 'You go from self-examination to self-love to people-love and then it's really joyful on the other side of these projects.'

Speaking of building communities, he immersed himself fully into the world of a real-life travelling magazine crew to prepare for his role in 'American Honey', and he proved to be just like a regular person when it came to peer pressure, never did he let his fame get in the way. He ended up getting 12 tattoos - most of which he didn't really want - just because that's what they were doing. 'I don't love Missy Elliott like I wanna get two Missy Elliott tattoos', he confessed. 'But you're in a tattoo parlor, and peer pressure.'

He's just a hell of a good sport when it comes to anything, to be perfectly honest. In November he appeared alongside Sway Calloway on Sway's Universe and ending up blasting out an epic freestyle rap for their '5 Fingers of Death' segment. It was something that would've been really embarrassing had he not nailed it, but he braved the course and smashed it out of the park. Because Shia LaBeouf never says no.

Regardless of how far he's come in terms of self-improvement, he realises he's still got a long way to go before he can earn the Oscar-worthy respect of the film industry. 'I've got to earn my way back', he said. 'I'm not that guy for a long time. For a long, long time! I'm good with that, though.'