Citing "sources" including a grocery cashier, Us Weekly reported that LaBeouf has proposed to his girlfriend of four years.

Shia LaBeouf has gotten engaged to his long-term girlfriend Mia Goth, unconfirmed reports suggest, citing an unusual source in the shape of a Gelson’s grocery cashier.

Much of the media coverage that the Hollywood actor has enjoyed over the last year or so has focussed around various bizarre performance art pieces – such as his occupation of an elevator in Oxford for 24 hours in February, or his three consecutive days in a New York theatre watching all his old movies in chronological order. 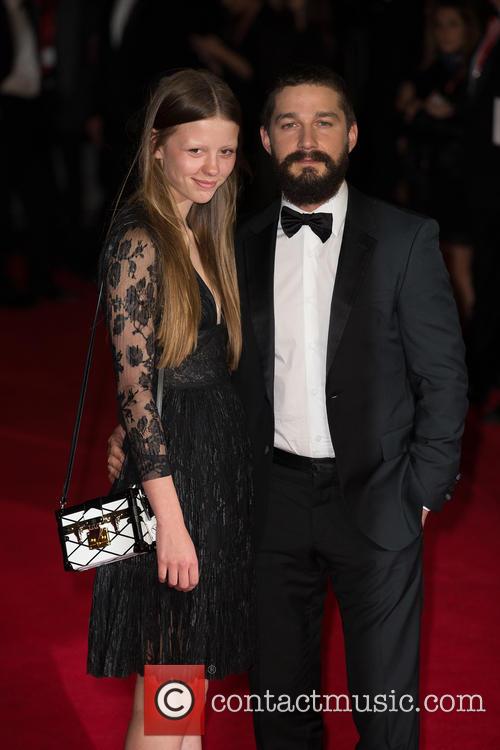 Shia LaBeouf with Mia Goth in 2014

This time, however, it seems the news is of a happier and more personal nature, with the 29 year old apparently popping the question to his girlfriend Mia, an actress and model whom he’s dated since meeting her on the set of Nymphomaniac: Vol.II in early 2012.

“The couple was grabbing groceries at Gelson’s earlier this month when LaBeouf… told the cashier that they were set to get married,” the report in Us Weekly states, with another onlooker telling them that Goth was sporting a sizeable diamond on her finger.

Shia and Mia had sparked rumours of their engagement almost exactly a year ago, when Goth stepped out at Paris Fashion Week, also with a ring on her finger. It’s unconfirmed whether it’s the same ring on both occasions, but it does suggest the The pair had seemed to call it a day back in July, after LaBeouf was allegedly caught on tape threatening Goth.

Several weeks after this, he was photographed holding hands with his American Honey co-star Sasha Lane, but after an arrest for public intoxication in Austin, Texas in October he was pictured with Mia once again.

LaBeouf had previously dated stylist Karolyn Pho until 2012, and before that, actress Carey Mulligan until 2010.