After being sacked from Broadway show Orphans, Shia LaBeouf discusses his beef with Alec Baldwin 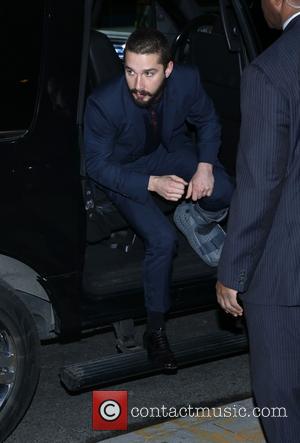 Shia LaBeouf raised a few eyebrows last week when he made an appearance at the opening performance of Orphans; the Broadway show from which he had previously been fired. According to reports, Shia gave a somewhat exaggerated cheer at the end of the play, being the first to stand to clap and slamming his hand on the stage as the actors took a bow. Talking to David Letterman, the Transformers star explained why he and co-star Alec Baldwin hadn’t gotten along.

“I’m pretty passionate and impulsive,” Shia explained to Letterman, conscious of the fact that Letterman and Baldwin are pretty close friends “and he’s a very passionate individual as well. That passion and impulsiveness makes for some fireworks.” Letterman offered to arrange for a ‘reunion’ between Shia and Alec, but Shia responded by saying “I think that would be a tough one to pull off man,” but assured Letterman that there would be no punches thrown between them.

Explaining his appearance at the theatre performance, he explained “I showed up as a fan. Me and Alec had tension as men. Not as artists, but as men. In a room, that became hard to deal with.” Shia will shortly be starring in the movie The Company You Keep, alongside Robert Redford. The movie is released in theatres on Friday. 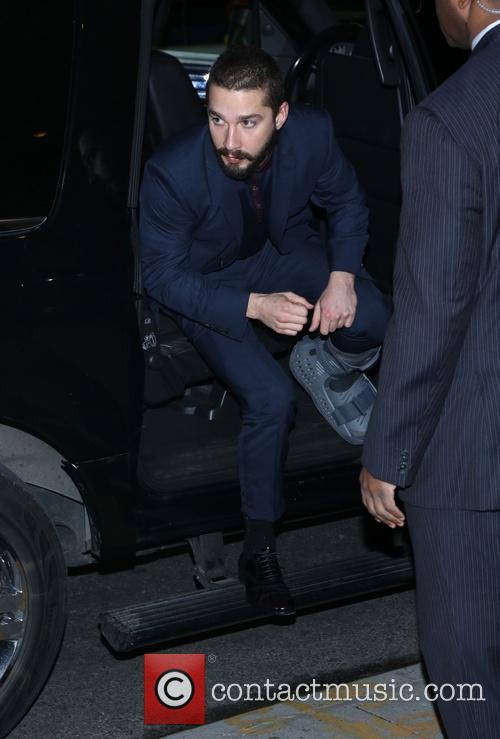 Shia LaBeouf: arriving at the premiere for The Company You Keep