Actor Shia LaBeouf Has Been Caught On Camera Admitting He "Would Have Killed" Girlfriend Mia Goth Had Locals Not Intervened In A Heated Dispute In Germany. 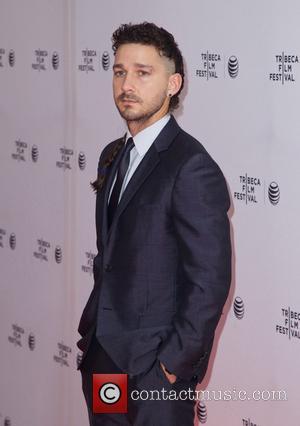 The Fury star angrily clashed with Goth on a street in Tubingen on Friday night (24Jul15), prompting a group of strangers to step in and break up the fight.

Video footage of the drama, obtained by U.S. news show Entertainment Tonight, has now appeared online, and in the film, the actor is seen asking Goth for his bag.

As she stands silently, he says, "I don't wanna touch you. I don't wanna be aggressive. This is the kind of s**t that makes a person abusive."

The 29 year old then takes up the locals' offer for a ride to the airport, and in the car, he continues to discuss the domestic argument with Goth, telling the men, "I don't want to touch a woman. I don't want to hit a woman. But I'm being pushed. If I'd have stayed there, I would have killed her."

The footage also appears to show LaBeouf attempting to video call his Transformers co-star and ex-girlfriend Megan Fox, but she does not answer.

Towards the end of the video, LaBeouf tells the guys, "You saved my life, man," and offers to host them at his house in Los Angeles if they ever visit.