Listen to Baby Blue by Badfinger; the first line sums this story up, and Breaking Bad's. Neat. Tidy.

Shia LeBeouf, you’re an idiot. Leicester Sq. on a busy, drunken evening isn’t the place to start filming intoxicated locals. It just isn’t. You’ll end up with a fist in your face, and that’s exactly what happened to the cocky Hollywood film star, who recently appeared smoking in a mass poster release for Lars Von Trier’s Nymphomaniac.

If the picture above was a line up, and the police asked, ‘alright, which one of these guys got beaten up for being arrogant and ignorant?’ it would be pretty easy to pick one out, wouldn’t it?

Shia was out in London town with a few buddies when he came across a group of revellers, fuelled up on overpriced booze and the dizzying hum of the English capital’s streets. Instead of chuckling away to himself – even to his friends, that would have been fine – he decided to pull out his phone and start filming them.

This didn’t go down particular well. As you’d expect, the drunk people were like, ‘who’s this kid?’ and then they just beat him up. Apparently LeBeouf took one square in the face before running off with his buddy(ies).

One of the women LaBeouf filmed tells The Sun, "I only realised it was Shia after he'd been beaten up. If I'd known, I'd have let him film me as much as he liked. I have a massive crush on him." The woman has since been banned from living*.

LeBeouf has a history for being a bad man. Too much to go into really, but he falls out with everyone and gets angry until he gets his own way. Maybe he’ll be really good in Nymphomaniac. Maybe he won’t. 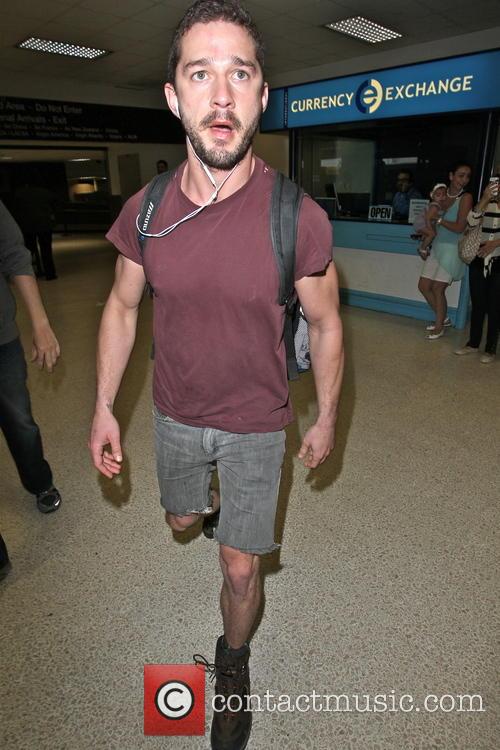 Shia LaBeouf trekking through the airport, angry about something