Shia LeBeouf reveals that he had to send a photograph of his penis to the production team to land the role of 'Jerome' in Lars Von Trier' controversial film 'Nymphomaniac'. 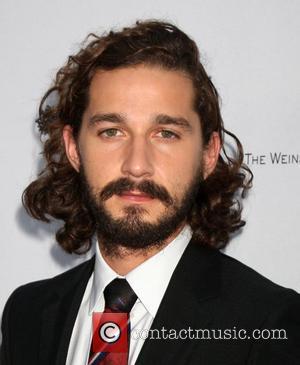 Shia LeBeouf is the star of the forthcoming sexually charged drama 'Nymphomaniac'.

The 27 year-old must have desired to be in the film as he accepted a very bizarre request from the production team before being cast.

"The first info we got - and I'll never forget this because my entire team reacted with such fear - the first request from the production end, not Lars, was for pictures of my penis," Lebeouf told Danish Zentropa Productions in a video interview.

Lebeouf is known for one not to be shy and he must have fulfilled their request because he did land the role as the lead male.

The 'Lawless' actor then went on to discuss the unusual nature of his character 'Jerome', and how it is different to anything he has played before.

"Previously in my career I'd been the everyman or the normal guy stuck in this extraordinary situation. Jerome was the opportunity to play a slimy, evil, blasphemous, mini-juggernaut of a man," Shia said.

Adding, "Every scene that I had read with 'Jerome' were powerful."

Watch the video interview below