Retire? No Way: Shia LaBeouf Is Rocking The Kasbah With Bill Murray and Bruce Willis

Seems like the actor's retirement threat was an empty one

Shia LaBeouf’s antics over the past year have been attributed to a wider ideal: a performance art piece produced with the help of several other artists. Whether that’s true or not, the mercurial actor claimed he was retiring ‘from public life’ – a claim that has just been confirmed as boohocky with the announcement of his role in Rock The Kasbah. (Casbah? Some say K, some say C) 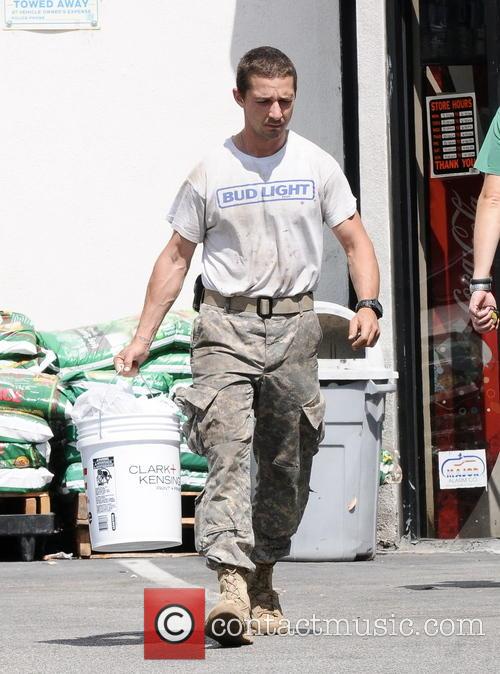 LaBeouf – who made his name as a child-star in Even Stevens, and enjoyed a successful turn in Holes - will star alongside Bill Murray in Barry Levinson's Rock the Kasbah. Bruce Willis, Kate Hudson, Danny McBride and Zooey Deschanel also share the screen. Brian Grazer and Tom Freston are stepping in to exec produce Kasbah, while QED International will be looking for buyers at Berlin's upcoming European Film Market.

The Hollywood Reporter had the scoop.

Shooting is set to kick off in June for the comedy, which sees Murray a washed up music manager trying to find new talent in Afghanistan. While in the Middle East, he finds himself without a passport, short on funds and out of ideas, until a mysteriously talented young girl falls across his path. They sneak back to Kabul to compete in The Afghan Star (read: American Idol).

“I couldn’t have dreamed of a more perfect team of comic actors to round out this wickedly funny and heartfelt film,” said Levinson, whose most notable projects include Diner, The Natural, Good Morning Vietnam, Rain Man, and Bugsy. LaBeouf’s inclusion in the movie all but negates his ‘retirement’, although he was already set to star in the new Brad Pitt movie, Fury, so disappearing from the public was never a realistic prospect anyway.