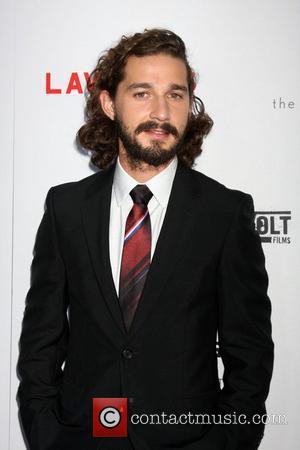 It seems most of the publicity for Shia LaBeouf's 'The Necessary Death of Charlie Countryman' has focused squarely on the lead actor's drug taking in preparation for a scene in the movie. At Sundance this week, LaBeouf confirmed he dropped acid for a sequence in which his character Charlie is tripping on LSD.

The movie - by newcomer Fredrik Bond - follows the story of a young American who travels to Eastern Europe with no plans or ambitions. He lands in Romania, a place more foreign than he could have ever imagined. Charlie finds himself pursuing an equally lost girl named Gabi, a mysterious woman with a dark past. The film generated plenty of buzz at Sundance, though after wading through the tales of acid and method acting, is The Necessary Death of Charlie Countryman really that necessary?

The critics don't think so.

Writing for The Guardian, Sebastian Doggart hated the movie, musing, "There's little chemistry between the principal actors, Shia LaBeouf and Evan Rachel Wood, and it feels as if the makeup and hair departments have conspired to ensure that neither looks their best," while David Darcy at Screen International agreed, writing, "The promise of adventure and fun in an exotic land seemed like a good idea, but the result was an uncomfortable jolt." John Anderson at Variety hammered the final nail in the coffin, bluntly asserting, "A profoundly unnecessary movie."

A full release is yet to be confirmed, though the movie will hit cinemas in Scandinavia in September and November 2013.

Watch Shia LaBeouf At The Premiere Of The Company You Keep, With Sundance Founder Robert Redford.