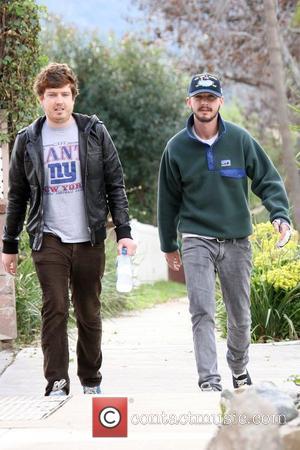 Picture: Shia LaBeouf out walking with a friend before stopping to have lunch together Los Angeles, California - 24.01.09

Shia LaBeouf shoots off a few rounds with movie pal Steven Spielberg whenever he feels Hollywood is getting too much for him.
And the young movie star insists his rifle-range fun helps him blow off steam - and keeps him away from drugs, drink and therapy.
He says, "If I find I'm sinking, I'll get out and paint toilet seats or ride dirt bikes or shoot. Firing shotguns really helps me."
And LaBeouf has found the perfect shooting partner in Spielberg, who introduced him to guns.
He adds, "Steven Spielberg takes me when he goes... He's an Olympic shot. The hand-eye co-ordination of that man is unlike anything I've ever seen.
"If he weren't a great director, he could be one of our greatest snipers."