Sheryl Crow says having breast cancer in 2006 completely changed her outlook on life and made her rethink her personality. 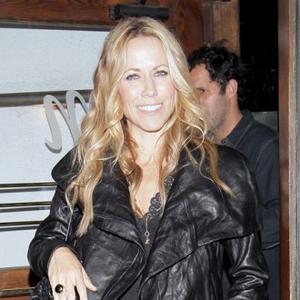 Sheryl Crow says having cancer treatment was like facing an "alien spaceship".

The musician overcame breast cancer in 2006 and she has vivid memories of the radiotherapy she underwent and her battle against the illness.

And Sheryl, 48, believes the treatment not only rid her of the disease but also of personality traits which were holding back her emotional development.

She said: "Every morning I would go and lie on an aluminium table with my arm over my head and I would face this massive mothership - the irradiation machine was like an alien spaceship - and I met myself on that table. I met somebody I had forgotten about. "Sometimes I feel our lives are set up purposefully with events that reveal where we've gotten off track. I don't have a sense of pleasing people anymore. I feel I shed that skin when I went through radiation."

The 'If It Makes You Happy' singer - who adopted her oldest son, Wyatt, now three, as she was recovering from cancer, and adopted her second son, two-month-old Levi James, this year - is more picky when it comes to dating men now she has children.

Sheryl - who was previously in a relationship with cycling legend Lance Armstrong and has dated Owen Wilson and Eric Clapton - said in an interview with You magazine: "I'm single now but I've had some great relationships since the kids. But it's different when you're a mother, you choose carefully."