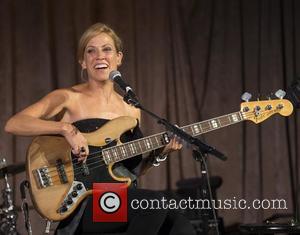 Picture: The Wilderness Society celebrates the 50th anniversary of the Wilderness Act held at the Bently Reserve

Country star Sheryl Crow is "so happy" she was not dating disgraced cyclist Lance Armstrong when he confessed to taking performance-enhancing drugs.

The All I Wanna Do hitmaker began a romance with the athlete in 2003 but the pair called off its engagement in 2006.

In 2011, Armstrong retired amid allegations of doping throughout his successful cycling career, but the sports star did not publicly admit to the claims until January last year (13).

Crow has now insisted she is glad she was not involved with Armstrong when he was stripped off his medals.

When asked by British magazine Stella if she feels relieved she did not have to endure that tough time with him, she mouths, "I am so happy", and clearly adds, "Just suffice it to say I love my life and it could have been very different."

Crow has since adopted two sons.