Singer/songwriter Sheryl Crow Was Forced To Stop Her Concert On Saturday (08aug15) When The Power Unexpectedly Went Out In The Middle Of Her Hollywood Bowl Show. 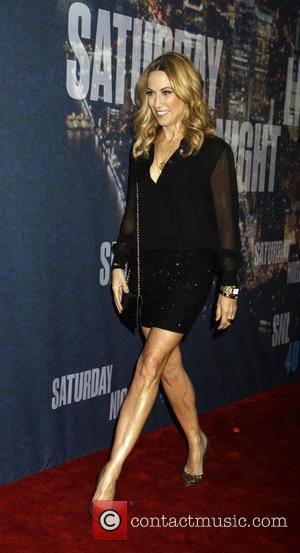 Picture: sheryl crow - A host of stars including previous cast members were snapped as they arrived to the Rockerfeller Plaza for Saturday Night Live...

The rocker was in the midst of singing her hit All I Wanna Do when Los Angeles' storied venue went dark, and Crow and her band were subsequently ushered off the stage.

The thousands in the crowd sat in a sea of darkness around 10.20pm local time, with only the lights of the revellers' cell phones illuminating the outdoor amphitheatre.

According to The Hollywood Reporter, the electricity was restored soon after, and five minutes later Crow and her musicians returned to the stage.

Before picking up where they left off, Crow told the audience, "Well, that was crazy."

The power outage was reportedly the first one of its kind at the Bowl in 19 years.