Shea Whigham has praised Christian Bale - who he worked with on 'American Hustle', 'Knight of Cups' and 'Vice' - as an ''incredible actor''. 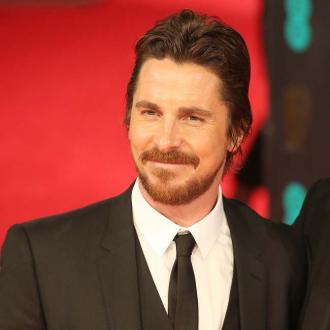 The pair have worked together on numerous projects, including 'American Hustle', 'Knight of Cups' and 'Vice' and Whigham praised Bale for being an ''an incredible actor in the moment'' and said there are ''no words to describe how good he is''.

When asked about the funeral scene in 'Vice', when Bale's Dick Cheney threatened Whigham's character, the actor told The Hollywood Reporter: ''Adam McKay loves actors, and he allows for ideas to pop up. Whether it's Mike Shannon or Christian, there's nobody better than these actors working today. You never know what Christian is going to do; he's an incredible actor in the moment. We have a nice thing together. The dressing down just happened. I didn't know what was going to happen there. That was pretty electric that day when I remember back on it. There are no words to describe how good he is.''

Shea also opened up about working with both Bale and Terry Malick on 'Knight of Cups' and revealed that it was ''one of the most magical experiences'' he has ever had while making a film, even though he was incredibly nervous.

He explained: ''I heard from the 'Knight of Cups' producers that there was no script. Terry Malick eventually said, 'You're from Wyoming, you grew up with Christian in school, he went off to become a writer and you work with your hands.' So, I put my character in a place in Wyoming, I have three kids and I'm a certain kind of carpenter. I was nervous because I hadn't worked with Christian yet at this time; I hadn't done 'American Hustle' with him yet. So, I got there on the day, and we were waiting for magic hour to happen for my scene. We were in Venice, California, and we were going to be on a street corner. I didn't even come out of my trailer because I was so nervous. So, I stayed in my trailer and peeked out as they were eating lunch. I was just too nervous to go out there and see Terry Malick and Christian. Finally, they said, 'Terry wants to see you,' and I said, 'Oh sh*t, okay.'

''So, I went out, and Terry was like, 'Hey, how are you, Shea?' He was so sweet and amazing. Then, he goes, 'So, listen, how do you like Chicago?' and I said, 'Yeah, I've been there, Terry. I like Chicago.' Then, Terry goes, 'Maybe instead of Wyoming, you're from Chicago,' and I'm thinking, 'Uh-oh.' So, I went back into my trailer to do all this work on Chicago, and I called Mike Shannon to talk to him about it because that's where he's from. So, we went out to shoot it, and I was working with Terry's three grandkids. They were playing my kids, and his daughter-in-law was playing my wife. So, I've got all this pressure on me. We got to the street corner, and Chivo [Emmanuel Lubezki] was shooting it; he's the DP. We got to the street corner, and Terry was like, 'Actually, I think you're from Wyoming.' Then, I went, 'Oh my God!' And Christian was just cool as a cucumber, man. So, I didn't have time to even think about it. When you see the scene, his grandkid is running in the street, and I'm grabbing him... We're on a steadicam, and it was one of the most magical experiences that I've ever had on film.''