British Rocker Shaun Ryder Saw A Ufo Hovering Outside His Bedroom Window Days After Filming A Documentary About Alien Life. 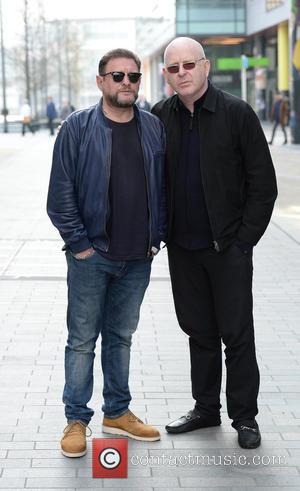 The Happy Mondays frontman travelled to Chile in 2012 to shoot a show about extraterrestrials, and shortly after returning to the U.K. he was stunned to see a mystery craft outside his home.

The reformed wildman initially thought producers of the programme were pranking him, but then feared he was hallucinating so he pinched himself and slapped his face to check the close encounter was real.

Ryder, who has previously recalled two UFO sightings he experienced in his native Manchester, England as a teenager, tells British TV show This Morning, "I'm either telling lies or I was hallucinating. I don't think I was hallucinating and I know I'm not lying. We'd been filming in South America last time when we did the UFO show, I get back home and I get up at seven o'clock in the morning and there's a craft outside my house. It was about 20 foot by about 10 foot, it looked like an Airfix (miniature) model.

"I thought the production crew was playing games - you know, they'd put some sort of thing together and was having a laugh... It really did look like a toy... This thing as well, it made cloud. It gathered cloud around it and then went really slow across the field gathering more cloud. No sound."

Asked why he did not film the sighting on his cell phone, Ryder replies, "Why didn't I even wake the wife up to have a look at it? I don't know."

Shaun Ryder says drugs have given him his libido back

'I had Hollywood and I blew it': Shaun Ryder could've been a big movie star

'It's like having really bad toothache': Shaun Ryder's painful testicles