Stone's Event Speech Is A Turkey 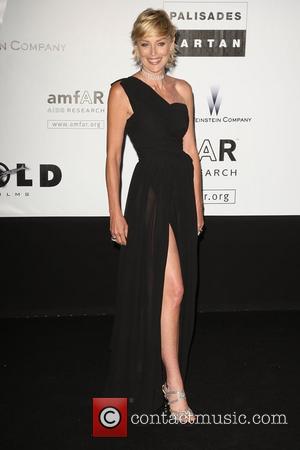 Sharon Stone flapped her way through a speech at the recent opening of a luxurious resort in Turkey - stunning the crowd with her admission she had never heard of the country's fierce ally Azerbaijan.
The Basic Instinct actress was paid a staggering $1.5 million (£1 million) just to emcee at the launch of the Mardan Palace in Antalya - Europe's most expensive luxury resort - on Saturday (23May09).
Stars including Mariah Carey, Tom Jones and Paris Hilton were all paid the same fee to show their faces at the bash.
But despite the hefty pay cheque, Stone failed to impress her Turkish hosts by mis-pronouncing neighbouring country Azerbaijan - and she left them baffled by shouting out the name of soul diva Chaka Khan instead.
She shouted out to the crowd while tying to read from an autocue, "Azerbaijan? What is that? I can't pronounce this! Chaka Khan! Chaka Khan!"