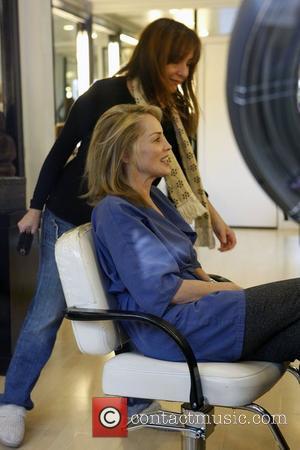 Sharon Stone has put Michael Douglas' triumph over cancer down to good karma, insisting her Basic Instinct co-star has "always done the right thing".
The actress is relieved to hear Douglas is recovering from the disease after he announced last month (Jan11) that the tumour has been eradicated.
And Stone is convinced his good health is due to his positive karma - because he's been such "a champion" at making great choices in his life.
She tells CNN host Piers Morgan, "I don't think I've spoken directly to him (Douglas) lately, but I know through many of our friends and through the messages that we've shared that he's well.
"I think it's really who you are inside, and Michael was a champion and he's always been a champion - he's always been truly dedicated. He's always had his mind in all of the right places. He's never had his belief system run or controlled by other people and he's always done the right things in the world. He's done the right things in his career, he's made the right choices for himself.
"I think part of it genuinely is karma, but I think it's the karma created by him understanding what a right action is and making the right choices and moving forward in manifesting the right thing."