Sharon Stone Turned To Cosmetic Procedures To Fix Her Face After Her 2001 Stroke. 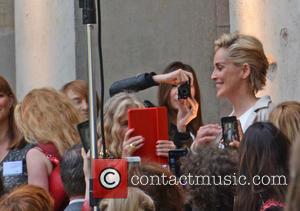 The Hollywood actress spent two years recovering after collapsing at her Los Angeles home, and she has now revealed the stroke that left her unable to walk and talk properly also caused the right side of her face to drop.

However, Stone's doctor recommended a series of cosmetic injections to help get her looks back to normal.

She tells Britain's Daily Mirror newspaper, "My brain had pushed forward in my face and my face had fallen. I was very fragile because I nearly died. I was very thin and weak. But my doctor was kind. He was saying... 'I'm going to help you get better'. My right eye had fallen, so it was a big deal. I'm grateful he was able to help me, because everyone wanted to see how I looked."

Sharon Stone recalls being struck by lightning while ironing

Sharon Stone: 'Hillary Clinton Should Be The Next U.s. President'